The quote above from Nyasa, a farmer in Malawi, powerfully highlights one way in which climate change is already affecting those living in poverty, and how climate change poses a significant issue for development.

The world’s poorest people have contributed least to our changing climate yet they are hardest hit by the devastating effects. Tearfund UK.

Many regions are experiencing huge and unpredictable variations in rainfall. This leads to droughts, floods and crop failures and thus increases issues of food insecurity and water scarcity. People living in poverty such as Nyasa are often the least able to adapt to changes in their climate because they rely the most on harvests coming at the right time. It is also the people who live on marginal and unsafe land who tend to lack the insurance and savings necessary to move away from the affected regions.

Please see this statement from Sharan Kelly the CEO of Tearfund Ireland which highlights this link and the importance of the Act Now petition.

Extreme weather conditions are seriously restricting agricultural activities as well as everyday life, in a way which most of us living in industrialised countries do not have to deal with. Tearfund Ireland is deeply concerned about the people who are the worst hit in these extreme circumstances, many of them living in developing countries. It is the poorest of the poor who suffer the most, particularly people who rely on agriculture to feed their families. It is absolutely essential that we address the effects of climate change so that every person on this planet can be protected and have the opportunity to flourish. Tearfund Ireland fully supports the Act Now for Climate Justice campaign as it seeks to ensure justice and the right to safety, security and flourishing for all, especially the poorest and most marginalised.

EU-CORD has joined the network of faith organisations supporting the Act Now for Climate Justice campaign. This campaign addresses national and world leaders with clear demands that the Paris agreement must contain both a drastic cut in carbon emissions and the provision of financial support to enable the poorest to cope with the impacts of climate change whilst developing in a sustainable way.

The effects of climate change are disproportionately affecting the world’s poorest people. Strong international action is needed. Please join us in demanding climate justice at Paris by signing and sharing the petition at www.actclimate.org 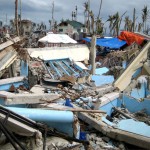 Why Climate Change is a Humanitarian IssueInfluencing Change 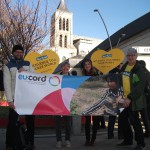 Why Climate Change is a Faith IssueInfluencing Change
X