Why Climate Change is a Faith Issue

EU-CORD is part of a global faith-based movement that calls for climate justice. Therefore, EU-CORD was present at the hand-over of nearly 1.8 million petition signatures to Christina Figueres, the Executive Secretary of the United Nations’ climate change agency, UNFCCC, and to Nicolas Hulot, Special Envoy of the French President for the Protection of the Planet.

The petitions that were supported by EU-CORD and Tearfund are calling for a binding agreement that would ensure there is climate resilient decarbonisation by the mid-century. This would ensure that global warming doesn’t exceed 1.5 degrees compared to pre-industrial times. This is a goal that would save the livelihoods of millions of people, especially those living in the small island developing states.

Climate change is a faith issue. For Christians, it is impossible to divide spirituality and the care for creation. Pope Francis has become one of the most important voices in the global climate debate. He said earlier this year:

In his encyclical from May 2015, he criticised our current lifestyles and the way we have organised our economy in the last decades:

Never have we so hurt and mistreated our common home as we have in the last 200 years.

Nonetheless, according to Francis, we can be hopeful:

Yet all is not lost. Human beings, while capable of the worst, are also capable of rising above themselves, choosing again what is good, and making a new start […].

Other faith communities are also deeply concerned about climate change. In recent years, more and more groups have come together to start movements such as “Fast for the climate” and “The People’s Pilgrimage”.

Many of the climate pilgrims that had walked or cycled to Paris from different places around the world, among them Vietnam and the Philippines, were present at the hand-over of the petition signatures. EU-CORD member Tearfund co-organised a pilgrimage from the UK to Paris together with Christian Aid, CAFOD and the Church of England.

One of the pilgrims was very touched by Christina Figueres’ speech in which the head of the UNFCCC thanked all the pilgrims for walking together on a journey that is equivalent to walking seven times around the world. The pilgrim felt reminded of Joshua walking seven times around Jerusalem. Thus her hope was that it would be the walls of greed and selfishness that should fall, as they are the root-causes of climate change.

Faith communities can contribute to fighting the challenges of climate change in an important way, as this fight requires a change in policies, lifestyles and attitudes. Yeb Saño, a Christian climate activist and the former delegation leader of the Philippines in the climate negotiations, says:

There is a problem with the atmosphere, but the real problem is with the heart.

EU-CORD, as a network of Christian relief and development organisations is well placed to influence policy change in partnership with others, to encourage the Christian community to live more sustainably and to pray for a just and binding agreement that will benefit those communities most affected by climate change.

Image: EU-CORD together with Tearfund at the petition hand-over in Paris. Photo credit: Paul Cook, Tearfund. 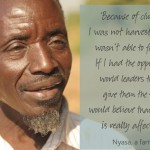 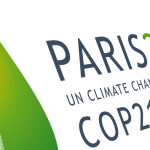 Paris Climate Summit: What happened, why it matters and the role Christians playedAdvocacy Hub
X