Responding to Migrants and Refugees – the Work of Dorcas in Macedonia

In this series of articles EU-CORD members share some of the work they have been doing in responding to the large numbers of refugees and migrants arriving in Europe. Here Ruben Mulder, Head of Disaster Response at Dorcas, writes on the ways in which Dorcas have responded.

One million refugees and migrants have made the perilous journey across the Mediterranean into Europe in 2015. The majority – or 850,000 – have crossed from Turkey to Greece through the Aegean and Dodecanese seas. This movement constitutes one of the largest movements of displaced people through European borders since World War II. In 2015, the majority of the people leaving by boat from Turkey were coming from war-torn countries such as Syria, Iraq and Afghanistan. Many among those on the move have specific needs that make them extra vulnerable. These include unaccompanied or separated children, single women, pregnant or lactating women, the elderly, people with disabilities, as well as the sick and injured.

Dorcas started its response in Macedonia early September 2015 in cooperation with a Macedonian local partner and a local church in the Vinojug transit camp near the Greek-Macedonian border at Gevgelija. The humanitarian aid focussed on distribution of food, hygiene items and blankets. When the project was started the Vinojug transit centre had only been opened 1.5 weeks ago by the Macedonian government. At that time facilities were very limited at the campsite and coordination between actors was just starting up. Dorcas contributed to improving facilities and coordination in the transit centre and to the establishment of the standard operating procedures for food distributions. On a daily basis Dorcas distributed food and hygiene items to 1000 refugees. During the winter blankets were distributed to the most vulnerable. The project ended in mid-February just before the complete closure of the border between Greece and Macedonia. During these almost 6 months Dorcas provided humanitarian aid to more than 150,000 refugees crossing the Greek-Macedonian border. This project was implemented in cooperation with EU-Cord members Tearfund UK and Tear NL. 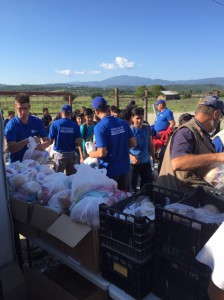 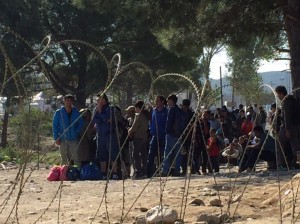 At the moment Dorcas is starting up a new project in Greece to provide safe houses and protection services to the most vulnerable migrants and refugees. Victims of gender-based violence, unaccompanied or separated children, disabled, elderly and other extremely vulnerable people will be relocated from the reception centres in Northern Greece to apartments, where they will be supported with psycho-social care, legal advice and other protection services. In Albania Dorcas is involved in the setup of a new camp near the Greek border at Korce. It is expected that refugees will start using the Albania route soon, because the Balkan route remains tightly closed. Besides support for the refugees on route to Europe, Dorcas has extensive humanitarian programs in Syria, Iraq and Lebanon to support the refugees that remain in the region. 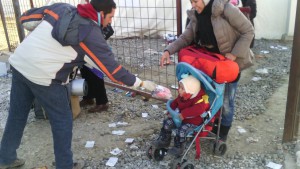 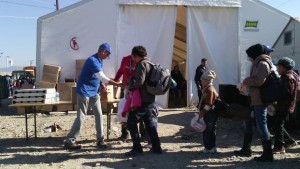 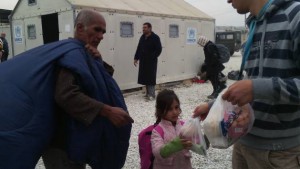 Read more about the way EU-CORD members have responded by reading the article on Red een Kind here and Hungarian Baptist Aid here. 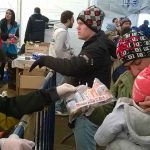