Recognising and Unlocking the Potential of Faith-Based Actors

The World Humanitarian Summit (WHS) taking place this month provides an opportunity to increase the recognition given to the role of faith actors and faith-based organisations (FBOs) in humanitarian assistance; the significance of faith to the lives of the people affected by crisis; and the huge potential waiting to be unlocked if these things become better understood and acted on by the humanitarian community.

Steps must be taken to ensure that the secular framing of humanitarianism no longer acts as a barrier to a meaningful understanding of the role of faith in the communities which are being assisted. The issue is powerfully summarised by Jim Ingram, the CEO of EU-CORD Member Medair:

The simple fact is that most humanitarian agencies are rooted in the global North, typically within more secularised societies, but they predominantly serve populations in the global South who have a persistent religious affiliation. How can secular humanitarians best serve and speak to people of faith, especially when those people are in crisis? It is in times of crisis when faith helps people who are suffering hold onto hope. We need to move past the entrenched fear of FBOs as proselytising missionary organisations, and move towards deepening our understanding of how faith in all its forms impacts different communities and affects humanitarian programming.

To make this happen we need to learn better ways to communicate with local faith communities.  This will require new skills of our humanitarian actors and staff. It will demand more than simply knowing about differing world views and religious beliefs, with the underlying aim of quickly proceeding to the secular humanitarian agenda. It will require that we all learn new and better ways of engaging with those whom we disagree.  This is indeed a key necessity not just for relieving human suffering, but for human flourishing in the 21st century.

As a Christian network we see day-to-day how local faith actors hold strong connections which can be used to raise awareness of risks and to coordinate responses with others. FBOs play a significant role in humanitarian response – all the way from communities and grassroots leaders to local, national and international NGOs. FBOs often occupy a rare position of influence and trust because they can combine their established relationships at international and national level with their knowledge of the local community context.

The importance of the relationships held by FBOs and the role of faith leaders in working for community behaviour change is demonstrated by the research commissioned by EU-CORD Member Tearfund together with other Christian and Muslim NGOs on the role of faith leaders in the response to the Ebola outbreak. This report [1] found that even though faith leaders play an important role in people’s lives in Liberia and Sierra Leone, where the majority of the people are practising believers, there was a significant delay in engaging faith leaders at the start of the Ebola outbreak. This led to mistrust of humanitarian actors and the continuation of practices that perpetuated the outbreak. “The participation of religious leaders was a game changer” [2] due to their ability to affect behaviour change, disseminate information and preach acceptance to combat stigmatisation.

A number of EU-CORD members, including PMU and Larkamission, support the work of Panzi Hospital in Bukavu, the Democratic Republic of Congo, which is led by the European Union’s Sakharov Prize winner Dr Denis Mukwege. Panzi hospital is known worldwide for its treatment of survivors of sexual violence; a form of medical assistance desperately needed due to the decades of violent conflict experienced in this country. Dr Denis Mukwege believes that the potential of faith institutions in his country has just started to be unfolded, and he refers to the importance of partnerships with and the training of faith leaders.

We wish the Church would be more present. 15 years ago, the violated women were rejected by their communities. Today, the situation has changed, because we have educated the religious leaders  – Dr Denis Mukwege [3].

Although FBOs are not without their flaws, these two examples clearly demonstrate the significant role faith-actors, organisations and leaders play in the lives of those affected by conflict and disasters. EU-CORD desires to support, empower and maximise the potential of local faith actors globally so that communities can be transformed to own their own humanitarian responses and, when necessary, work effectively alongside humanitarian organisations. EU-CORD has written a letter (which you can read here) to representatives from the EU institutions and other actors at the WHS calling on them

At the WHS there will be a Special Session entitled Religious Engagement: The Contributions Of Faith Communities To Our Shared Humanity. Whilst we welcome this session, it is essential that FBOs should not be seen as a separate part of the humanitarian system, but rather as a key component of it. We believe that the above recommendations will provide positive steps towards this and the deeper understanding that is required, as emphasised in the quote at the start of this article.

Despite the challenges they face, FBOs and their networks have a long tradition of being amongst the first responders to humanitarian disasters and are usually the last to leave. However, their potential has not been fully realised. Increased support and early engagement from governments, UN agencies and donors with international, national and local FBOs would improve the reach, relevance, sensitivity and access of future humanitarian responses. Most importantly, this would serve to recognise the central value of faith in the lives of those we assist and the central role of faith-based actors in promoting accountability, justice and reconciliation.

EU-CORD has also been featured in a UN OCHA publication for the World Humanitarian Summit, you can see a digital copy by clicking here. 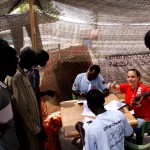 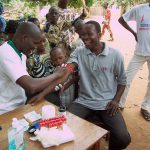