Climate crisis: impacting us all but some more than others

October 4th is the feast day of St. Francis who will be known to many as the saint who preached to the birds and more broadly as the patron saint of ecology. It seems appropriate then for this to be the starting date when we launch work with our members on our new strategic priority ‘to communicate the impact that the climate crisis is having on those who are least responsible and most affected.’

EU-CORD members are not primarily environmental NGOs. But working in the development, peacebuilding, human rights, and other justice issues, we are acutely aware that it is the environmental sphere that encompasses the social and economic spheres. We, therefore, hold that a world where all ecosystems and creatures can flourish is also the best and only genuine foundation for social and economic justice.

In September, the head of my own church tradition the Archbishop of Canterbury alongside Pope Francis, and the Ecumenical Patriarch issued a joint statement on the urgency of environmental sustainability, its impact on poverty and the importance of global cooperation. The central call, ahead of COP 26 is that:

Joint statement on climate change by the Archbishop of Canterbury, Pope Francis and Ecumenical Patriarch

The ‘we’ is important, and they call on ‘everyone, whatever their belief or worldview, to endeavour to listen to the cry of the earth and the people who are poor, examining their behaviours and pledging meaning sacrifices for the sake of the earth which God has given us.’

Over the next few weeks, we will seek to share stories from our members on the impact that climate is having on the communities where they work.

We also believe that prayer and activism go hand in hand supporting by bi-monthly prayer letters and online prayer sessions focusing on COP26. We’ll be posting stories and resources on our webpage: Climate Crisis: impacting us all, but some more than others – EU-CORD Network

Click to read the: Joint statement on climate change by the Archbishop of Canterbury, Pope Francis and Ecumenical Patriarch 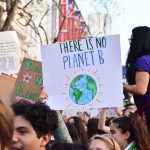 COP26: A MOMENT FOR SELF REFLECTIONAdvocacy Hub
X