Read | Download the study: EU-CORD and the triple nexus

In the network, we have a strong focus on partnership and encouraging close, practical collaboration between our members.

When discussing potential barriers to partnership, the triple nexus kept coming up,  with members using nexus-type approaches but having their own definitions and ways of describing the work.

While our purpose wasn’t to pull together a single approach or definition for our members, we did come up with a working definition that integrates the broad approach taken by most EU-CORD members:

Working in partnership with local organisations, faith actors and communities to take advantage of the specificities and minimise the constraints inherent in humanitarian, development, and peacebuilding approaches and how they interrelate to transform communities and build long-term community resilience.

Therefore, the idea of a nexus study came from a desire to understand each other better. As we developed the concept further, it became clear that members also wanted to understand better the evolution of the nexus approach in the EU. It was also important for us to reflect on issues such as the role and value of faith-based organisations, local partner approaches and respect for humanitarian principles. Reflections on these, and more, can be found in the study.

We’ve also realised that there are elements that we still need to explore further together which is why we have partnered with ActAlliance EU and Caritas Europa to look at all three aspects of the nexus to explore the role of INGOs to ensure their integration, how this occurs in practice, and the role of context analysis, programming and organisational structuring. These reflections will be based and inspired by the action, framings and experience of local actors and local faith actors, also integrating considerations specific to climate, conflict and gender. A third webinar will address the challenges and learnings linked to nexus operationalisation regarding the respect not only of humanitarian principles, but also of development and peace principles. Moreover, as faith networks, we will also take into account how politics, including faith dynamics, impact on implementing the nexus, and how faith actors and organisations more broadly deal with those. More information on the webinars can be found on the Events page.

Finally, because advocacy is an important area of EU-CORD’s work, we couldn’t resist developing recommendations for members, donors and for EU policymakers. 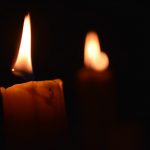 It takes a villageAdvocacy Hub, Faith in Action, Funding & Partnerships 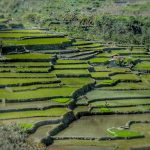