Fifty years after this groundbreaking moment, and amongst growing concern for the effects of the climate crisis, on 2nd and 3rd June the International Meeting Stockholm+50 commemorated the 1972 conference and took stock of five decades of global environmental action. With the overall goal of delivering on the Sustainable Development Goals, the Paris Agreement, and the post-2020 global Biodiversity Framework, the aims of the meeting were to rebuild relationships
based on trust, to accelerate system wide actions for a sustainable and inclusive post-COVID-19 recovery, to connect and build bridges across agendas, and to rethink conceptions and measures of progress and wellbeing.

EU-CORD members are not primarily environmental NGOs but communicating the impact of the climate crisis on those who are least responsible and most affected is part of our strategic priorities as a cross-cutting issue to development, humanitarian, peacebuilding, human rights, and other justice issues.

In this framework, our Swedish members LM International and PMU actively participated in the events around Stockholm+50 with various initiatives. First, PMU and LM International were among the organisers of the official UN side event “Faith in Earth – A deep conversation on religious perspectives on the way forward for a healthy planet”. The seminar created room for listening where religious perspectives are discussed linked to the themes of Stockholm+50, and it included the faith narrative and voices from the most vulnerable in our societies.

Furthermore, with the belief that action will only be possible by engaging a critical mass of dedicated persons, organisations, governments and industries, LM International hosted a wide range of events, workshops and demonstrations to highlight the role of faith leaders, actors, organisations and individuals to accelerate climate action. As part of the People’s forum – an open arrangement external to the meeting hosting events and seminars – LM International organised a networking event bringing together activists working towards environmental and climate justice and a roundtable discussion for intergenerational and inter-religious speakers to
discuss how and where faith leaders and communities can be better included within climate policy decision making and implementation. LM International also participated in a panel discussion looking at the role of ethics, values and authenticity to strengthen and heal the relationships between humanity and nature and hosted together with FaithInvest a workshop on how faith-actors can develop long-term environmental action plans.

PMU contributed with a Pentecostal perspective to Stockholm+50, starting by contributing to four statements and one policy brief on religious literacy. The main messages of PMU included the promotion of the centrality of faith-based actors for a just and swift transition to sustainable societies and the need to put the most vulnerable at the core of any development discussion. With this mindset, PMU participated in a Youth Assembly held prior to the conference and contributed to the Global Youth Policy Paper prepared by the Stockholm+50 Youth Task Force. Secondly, the environmental advisor at PMU, Johannes Widlund, was one of the speakers at LM International’s event “Faith Actors and Policy Making – How and why should we include faith voices within climate policy?”. Lastly, PMU participated in the Fridays for Future march with the “Faith Bloc”, which brought together faith driven organisations.

Stockholm+50 concluded with a bold statement calling for action to tackle the planetary emergency and for a just transition to sustainable economies that work for all people. EU-CORD welcomes this outcome and expresses its hope that Member States and other stakeholders will to live up to such commitment in order to work towards a world where all ecosystems and creatures can flourish and where social and economic justice is achieved. 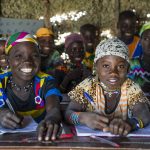 Educating generations not just to survive but to thriveAdvocacy Hub 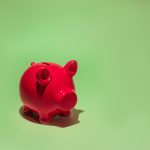