Sexual Violence in Conflict (SViC) has received increased focus within the political discourse and international aid programming over the past years. In spite of this, the use of sexual violence as a weapon of war remains an acute phenomenon exacerbated by the Covid-19 pandemic. Survivors in the DR Congo, South Sudan, and other countries describe devastating consequences on individuals and society at-large. What does a survivor-centered approach mean in the response to conflict-related sexual violence, and how can we ensure its implementation?
The Protocol to the African Charter on Human and Peoples’ Rights on the Rights of Women in Africa, often referred to as the Maputo Protocol, stands out as a principal guiding instrument for protection of the rights of women and girls. Survivors of sexual violence are safeguarded in Articles 4 (Rights to Life, Integrity, and Security) and 19 (Protection of Women in Armed Conflicts). While 42 out of 55 African Union Member States have ratified the Protocol, implementation and realisation remain weak.

In January 2022, LM organised an online event with around 150 participants representing numerous countries and some high-level policymakers. This four-country exchange (Kenya, Tanzania, South Sudan, and Sweden) brought together prominent voices on the rights of women and girls from the field of diplomacy, politics, and social movements. In February, on the International Day against Female Genital Mutilation, LM authored an article in the Swedish media highlighting the critical nature of and the powerful tool that is article 5 of the Protocol. Article 5 includes a total ban on female genital mutilation, legal support for victims, and strengthened protection for girls on the run.
LM is currently in dialogue with the Women, Gender & Development Directorate of the AU regarding potential collaboration on organisation of mutual events and ratification missions. These events and missions would highlight the importance of the Protocol as a central platform and tool for transformative change. In addition, at the Swedish Forum for Human Rights in mid-November, LM will organise a panel focusing on survivors of sexual violence in conflict and the Maputo Protocl as the principal guiding instrument for the protection of women and girls. 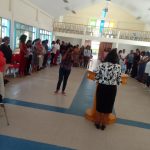 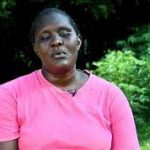