Sharan Kelly, Chief Executive Officer of Tearfund Ireland is the new Chair of EU-CORD. Sharan has taken a leading role in the development of EU-CORD’s new strategy and has been a visible figure in the network for some years. She takes over from Jim Ingram, Medair CEO who has guided the network for the past 3-years.

‘EU-Cord, now in existence over 20 years is at a very exciting juncture having set itself an ambitious new vision and strategy for the coming years to make an even greater impact in eradicating poverty and injustice, by working more effectively together. It has been my great privilege to serve on its Administrative Council (AC) for the past three years among some highly committed and experienced colleagues. I am honoured and humbled to take up the role of Chair of EU-Cord with the AC’s endorsement. EU-Cord is a network of members that put great emphasis on mutual respect, trust and value. It is a privilege to serve as its Chair in the years ahead. I thank our outgoing Chair, Jim Ingram for setting the example of true servant-hearted leadership and wish him well.

Sharan has held the position of Tearfund Ireland as its CEO since 2012 and is also the current Chair of Dóchas, the Irish Association of Non-Governmental Development Organisations and the Chair of Evangelical Alliance Ireland.

Prior to taking up the post of CEO with Tearfund Ireland, Sharan led the development of ‘the Base’, the flagship project of the EU/NDP URBAN II Programme in the Republic of Ireland (2000-2006). A €6million capital build project and multi-disciplinary agency working with children and young people, as the founding Chief Executive Officer Sharan held the post for 10 years prior to joining Tearfund Ireland.

Sharan has over 20 years’ senior management experience working with NGOs supporting the most marginalised and vulnerable in Ireland and overseas. She has made representations on behalf of those most affected by poverty and injustice at various national and European levels and fora.

Sharan holds an MBA (International Marketing) and a Bachelor Degree in Business Management. 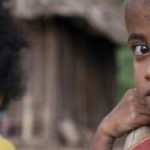 Towards Inclusion – a guide for practitionersLearning Space 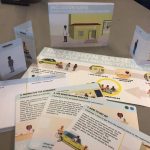